Which budget phone is right for you?

Buying a new phone and saving money don’t always go hand in hand; however, that doesn’t have to be the case if you don’t mind sacrificing those premium features for something cheaper. There’s a wide range of phones that are much more affordable than your modern flagships, and Samsung makes some of the best budget Android phones on the market.

The Samsung Galaxy A53 and Galaxy A14 5G offer great value for money for those looking to save money; however, comparing these two phones directly is an apparent mismatch (as you can see from the spec sheet above) as they are two very different price ranges. Still, you may wonder if the A53 is worth the extra money or if you can get away with the new A14.

Samsung does a pretty good job of making its phones available to most people here in the US, so you shouldn’t have too many problems no matter what network you’re on. If you get an unlocked version of the Samsung Galaxy A53 or A14 5G, you’ll also have dual-SIM support, making travel much more manageable.

While the A14 has 5G in the name, both phones can take advantage of sub-6 and some mmWave 5G bands, making the devices pretty excellent 5G phones to have if you’re on a budget.

The starting price for the A14 5G is $200 (cheaper than its predecessor), making it $250 less than the A53; however, you can usually find the A53 for less than its $450 launch price, so the price difference may be a bit smaller.

Looking at the two phones, you can see there’s a pretty big difference in design. On the Galaxy A14 5G, you’ll see larger bezels around the display, a teardrop notch for the selfie popped up at the top, and a completely flat back with no real camera bump other than the lenses themselves. It’s certainly a less modern-looking design, but still a leap forward from the A13 5G that preceded it.

The A53 looks a bit more like Samsung’s flagship Galaxy S series, with an almost edge-to-edge display and a small cutout for the selfie camera at the top of the screen. It does have a camera bump protruding from the plastic back.

As for peripherals on the two devices, both have USB-C ports, which you’ll be using to charge the device, as wireless charging isn’t available. But the Galaxy A53 charges that 5,000mAh battery a little faster, as it can be charged at 25W, while the A14 5G maxes out at 15W. However, the A14 5G still has a headphone jack, which is somewhat rare in phones these days, so you don’t have to worry about a pair of wireless headphones to listen to your favorite tunes. The cheaper phone also has a fingerprint sensor in the power button on the side of the device rather than under the screen like the A53 does.

While both phones are made of plastic, the Galaxy A53 does have an IP rating, which means it has been tested for water and dust resistance. The IP67 rating means the A53 can withstand a shower; if you accidentally drop it in a bit of water, it should come out unscathed. Plus, the protection against dust and solids is pretty good, so your pocket lint shouldn’t be a problem. The A14 5G has no rating at all; make sure you are careful with it.

On paper, the Samsung Galaxy has better cameras, as its primary shooter is a 64MP f/1.8 versus the 50 f/1.8 on the A14 5G. In reality, however, the cameras are quite similar when it comes to performance.

In good light, both primary photographers will take a pretty decent shot, with the Galaxy A53 able to capture a bit more sharpness thanks to the optical stabilization of the lens as opposed to the digital stabilization offered on the A14 5G. Still, these aren’t the cameras that phone photographers get very excited about, but they’ll serve you well if you’re just trying to get some social media-worthy shots.

In low light, both phones struggle to maintain image quality, especially when motion is involved. And while both devices have additional cameras for depth and macro – 5MP cameras on the A53 and 2MP sensors on the A14 5G – we don’t think the photos from either are particularly good. The front-facing camera is much better on the Galaxy A53, so if you like taking selfies, the A14 isn’t the phone for you.

The video recording capabilities of the two devices are quite different, with the A53 capable of recording in 4K at 30fps or 1080p at 60fps. The A14 5G can only record 1080p at 30 FPS, which is pretty substandard for video recording these days. 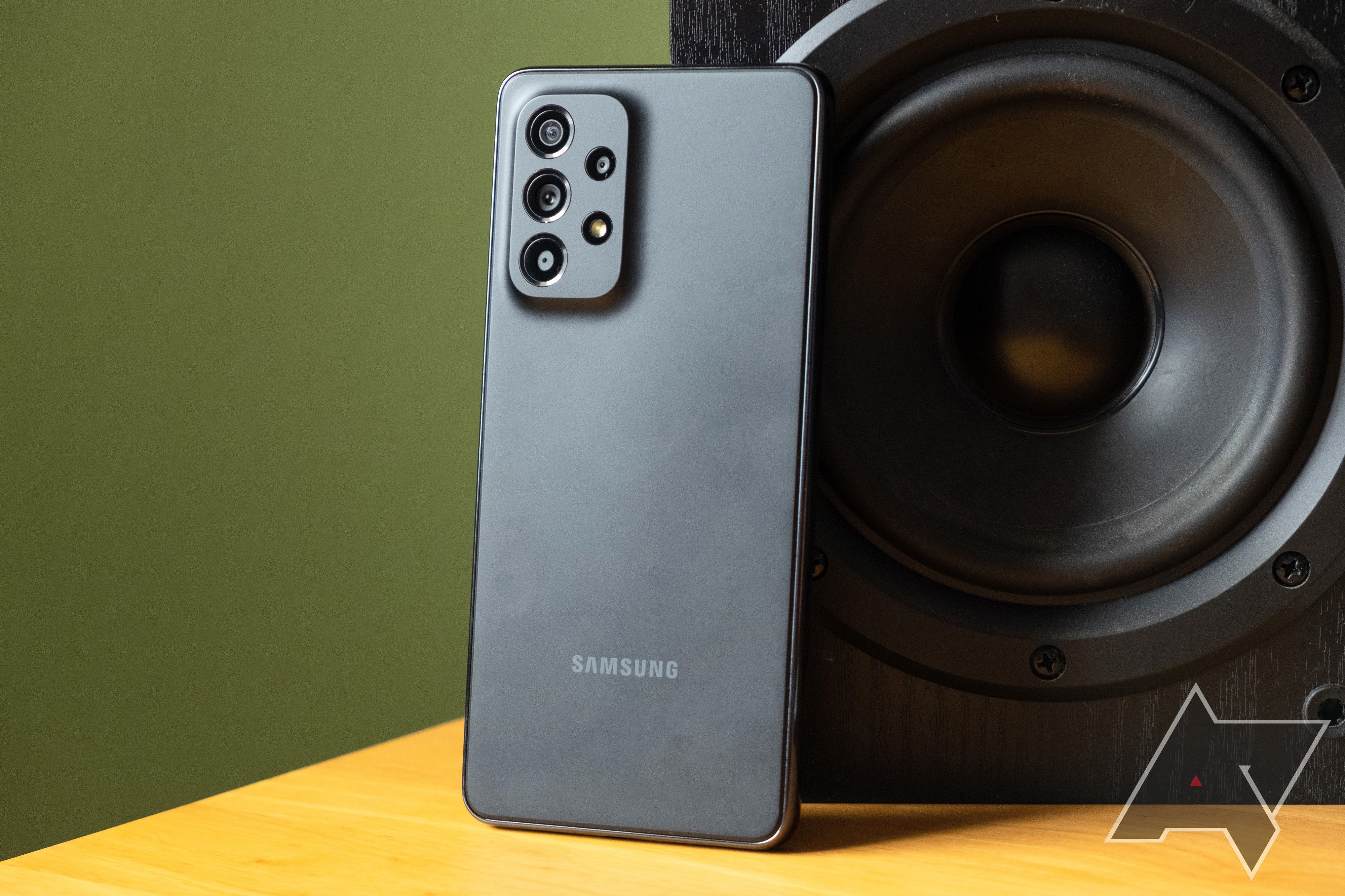 Keeping with the theme of this comparison, there is no doubt that the Samsung Exynos 1280 in the Galaxy A53 beats the MediaTek Dimensity 700 powering the A14 5G. How much you’ll notice that difference depends on how much you push your device to its limits. With a lot of gaming and productivity work, you’ll probably notice better performance on the A53, but you won’t usually notice too much of a difference for day-to-day tasks. Stuttering here and there or slightly longer app loading times on the A14 5G are to be expected.

When it comes to long-term software support, the devices come pretty close thanks to Samsung’s commitment to supporting its devices. As the A14 5G is slightly newer (launched in 2023 instead of 2022), it will of course technically have longer support as it will get two major OS updates and four years of security updates. That’s the same treatment the A53 gets too, but as it’s older, its support will run out a little sooner than the A14 5G, but that’s probably not a big deal breaker for most people.

Which one is for you? 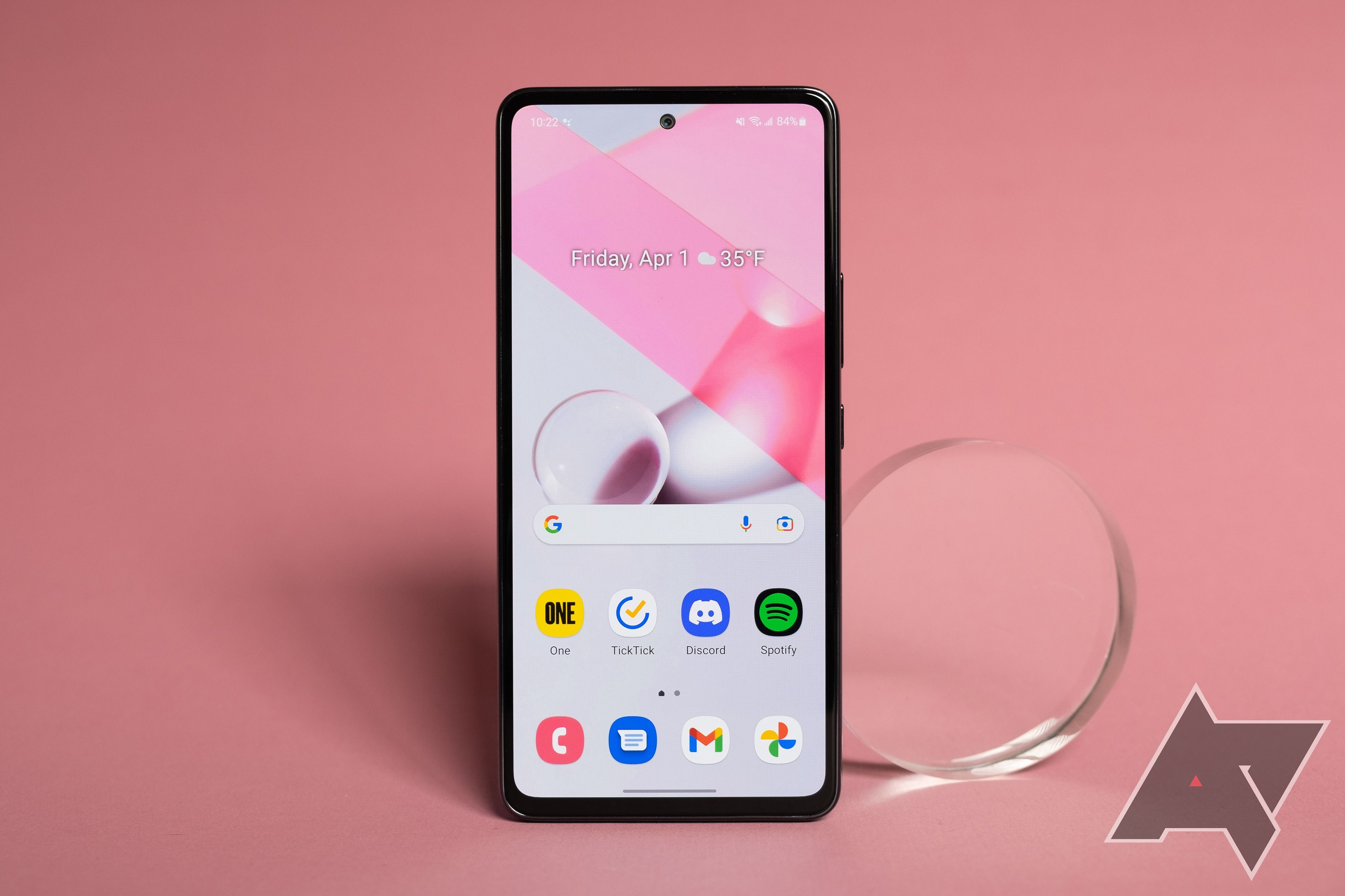 Given that the Samsung Galaxy A53 is a mid-range phone and the Galaxy A14 5G is a budget phone, it should come as no surprise if we say that the A53 is the better phone of the two. It outperforms in almost every category, and the hardware and design are much more modern, giving it an edge in terms of durability.

Even with sales on the A53 you can find right now, the A14 5G can be much cheaper, making it an attractive option for people who really want to save as much money as possible. Plus, with the addition of a headphone jack, it could mean you don’t have to buy new headphones to use with your Galaxy A53.

Being a mid-range phone, the Galaxy A53 beats the A14 5G in almost every metric; however, you’ll need to pay a few hundred more for the added benefits.

Samsung’s Galaxy A14 5G isn’t quite as durable or capable as the A53, but the addition of a headphone jack and a much lower price point make it a worthy contender if saving money is paramount.

Australian housing market is ‘unravelling’ as prices begin to fall